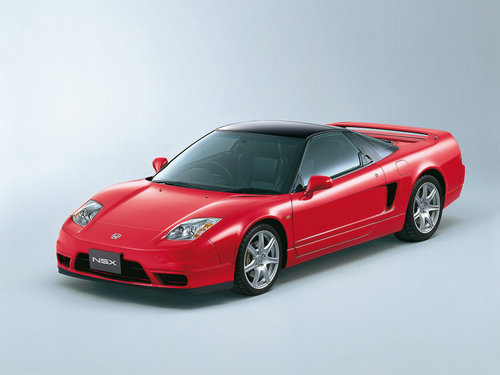 Accessories
Coupe
NSX is a Japanese-made car that is known worldwide. It began to be produced in 1990. This was the time when Honda experienced the greatest success in Formula-1 racing. There are rumors about NSX that Ayrton Senna, a three-time champion of these races, took part in its development. In the mass production of this car, a monolithic body made entirely of aluminum was used. In addition, various parts were made of aluminum alloys, due to which the weight of the car was about 1300 kg. Honda's pride 3-liter V6 DOHC VTEC engine is located in the middle of the NSX case. Most of the components of this machine are assembled manually.
In 1992, a modification of Type R appeared, which still remains in the wake of great popularity. In 1997, as a result of a partial modernization on trim levels equipped with a mechanical gearbox, the engine size was increased to 3.2 liters, and thanks to the improvement of the suspension, the vehicle's running characteristics improved significantly. In 2001, partial changes were also made to the machine. The exterior design was first changed, in particular, the body received a new front optics. Another new modification has appeared.