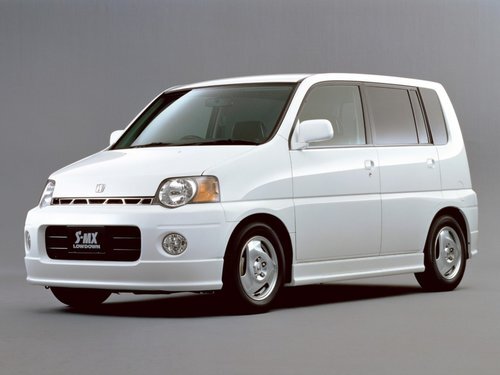 Hatchback
About the Honda S-MX, which debuted in 1996, it will be true to say that it is a freestanding model in the niche of minivans. This car was created specifically for young people. Despite the fact that he has the appearance of a minivan, it is mainly available with 4 seats. When developing this car, it was planned that it would become an integral attribute of the company of girls and guys, consisting of four people, for spending free time. The car has an angularly-elongated shape, which is especially noticeable in the Lowdown modification. The body is equipped with unique doors: two hinged doors + rear passenger sliding + rear "gates". It was also made from calculations of the needs of youth.

Interior decoration does not lose appearance. It uses comfortable, comfortable seats, which in later models have silver accents. The car has a very wide interior space.

The S-MX is equipped with only a 2-liter inline 4-cylinder DOHC engine and a 4-speed automatic gearbox. Available in both front-wheel drive and all-wheel drive. In 1999, a modification with five seats was added, having a slightly changed “face” and more advanced driving characteristics.