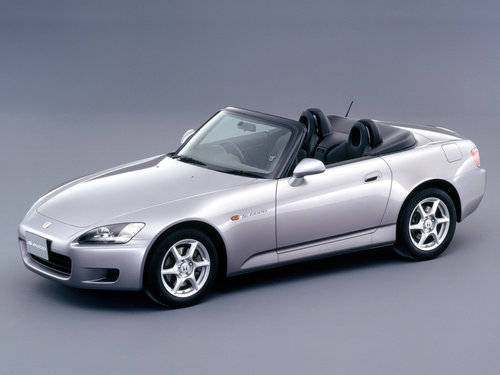 Accessories
Open
The S2000 is Honda's new generation of rear-wheel-drive sports car. This car began to be produced in 1999. When it was created, the latest Honda developments were used, applied to the body frame, in-line 4-cylinder engine with VTEC system, developing a power of 125 hp. per liter of volume, 6-speed transmission, dual independent suspension, as well as the VGS system added later (Variable Gear ratio Steering - an innovative steering system that combines comfort and ultimate control accuracy). The S2000 has a high-class look typical of a 2-seater open-air sports car, due in part to its long, bow-down nose. The process of opening and closing the roof occurs automatically. When the car roof is open, the stiffness of the body does not change.

In 2003, a partial modernization was carried out. As a result, the design of the front and rear bumpers and headlights has changed. In addition, the S2000 began to use wheels with rims with a diameter of 17 inches, a reinforced brake system and a more rigid body structure. This had a positive impact on the driving performance of the car.