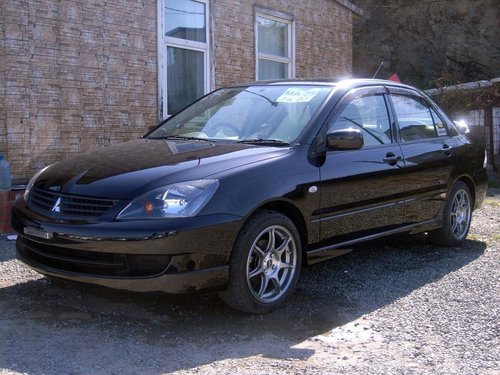 Electrics
Wagon
Sedan
This station wagon, belonging to the compact class, is equipped with a 1.8-liter engine. His classmates include cars such as the Toyota Corolla Fielder and Nissan Wingroad. Lancer Cedia Wagon began to be released in late 2000. The front part of the body got the appearance typical of Mitsubishi cars, restoring the brand image that was shaken. Sales have risen again. A well thought out, balanced external design worked well for this. There are two sports modifications to this model, each of which gives its enjoyment of movement. Despite the fact that the Lancer Cedia Wagon is in the 1.5-liter class, it can be equipped with an “elite” 1.8-liter GDI series engine, which is the pride of Mitsubishi. On the Touring modification, an atmospheric engine with a 6-speed manual gearbox is installed; on a turbo engine developing a capacity of 165 liters. with., a 4-speed automatic transmission INVECS III with a sports mode and the ability to switch to 4-speed mechanical control. This station wagon has an unusually easy handling.
The Lancer Cedia car, which began to be produced in 2000, was equipped with a very convenient and comfortable interior, however, due to a fairly simple appearance, it failed to gain great popularity. After a major change in the front end of the body, this model got the “face” typical of Mitsubishi cars. This is not to say that the result of these changes was a completely new model, but its plus was a thoughtful, balanced external design. In addition, the interior design due to the rich color scheme has become more attractive.
The following modifications are available: MX, which uses a 1.5-liter SOHC engine, and SE-G, equipped with a 1.8-liter GDI engine. The GDI engine is the pride of Mitsubishi, considered environmentally friendly and economical in terms of fuel consumption. As part of the MX modification, four-wheel drive options are available, the MX-E uses a 5-speed manual transmission. On the 1.8-liter SE-G, a new INVECS III transmission is installed with a sports mode and the possibility of mechanical control.