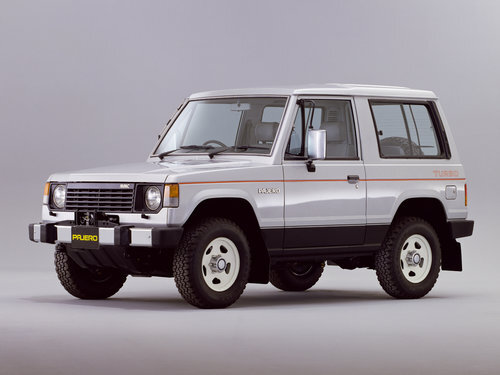 Best-selling parts
SUV
Before the appearance of this model, the Mitsubishi concern was engaged in licensed production of SUVs under the Jeep brand under an American license, but in 1976, the Mitsubishi Jeep Pajero concept car was introduced to the public at the Tokyo Motor Show, which embodied the new 4WD concept, bringing it closer to cars. And in 1982, mass production of the model began, which became the flagship of the company's lineup. Due to the fact that the model is constantly being improved, gaining more and more luxury, it has gained immense popularity. In 1983, Pajero began to take part in the Paris-Dakar rally and from that moment became one of the most popular cars in the world. Demonstrating its superiority over classmates, Pajero instantly soared up in the global automotive rankings. The name of the car comes from the name of a wild cat that lives in Argentina, and more precisely, in Patagonia.
The first short-body modification Van made its debut in 1982. This car was equipped with diesel turbine and atmospheric engines, produced in versions with a standard, half-high and high roof and had modifications to Canvas Top and Metal Roof. A year later, a Wagon modification appeared on sale (with a body in the size of the F-segment). In addition, a Pajero Estate modification with a long body was added to the lineup. In 1989, the Pajero Super series was launched, which differed from the basic version by a seven-seater saloon, a paneling of dashboards and doors made of walnut wood, and body painting. The most expensive was the modification “3.0 Super Exceed”, which had a sunroof, cruise control, power accessories, dual air conditioning, power seats, leather steering wheel braid and other options that distinguished the top version. The main power unit for Pajero is a 4-cylinder 2.5-liter 4D56 diesel engine (SOHC), which, depending on the version (atmospheric or turbocharged), has a power of 85 or 94 hp. At the same time, the turbocharged version is characterized by a higher torque reaching 226 Nm at 2000 rpm, while in atmospheric this parameter is 196 Nm. In the top trim levels, a 3-liter V-shaped 6-cylinder 6G72 (SOHC) gasoline engine was used, characterized by the presence of an ECI-MULTI injection system and a relatively low “speed”, developing a maximum power of 150 liters. with. at 5000 rpm, but the torque at the same time reached its value of 231 Nm at only 2500 rpm. Fuel consumption with it is 13.7 liters “per hundred” in mixed mode. Different versions also differed in the volume of the fuel tank: 60 or 90 liters.

The first generation of the Mitsubishi Pajero SUV had a rather progressive design of the front suspension - independent torsion, thanks to which the habits of the "wild cat" differed for the better, for example, in such a parameter as geometric cross-country ability, which is very important for an SUV. In addition, the front independent suspension significantly increased the ride. The car has an all-wheel drive transmission of the Part-Time type - a switchable front axle without an interaxle differential, therefore it is impossible to constantly move on all-wheel drive.

Over the ten years of its existence, Pajero I has not undergone significant changes in terms of systems and security features. The standard set included only three-point belts, and even then in later versions of expensive trim levels, and, of course, by modern standards, the Mitsubishi Pajero's safety level is low. In crash tests, first-generation cars also could not boast of high results, but this applies equally to all SUVs of those years.

The first-generation Mitsubishi Pajero turned out to be a very successful model and in some respects was far ahead of the competition of its time. Today, these cars, of course, are hopelessly outdated, but thanks to the presence of a frame, high quality production and generally high reliability, many copies are still in operation successfully.