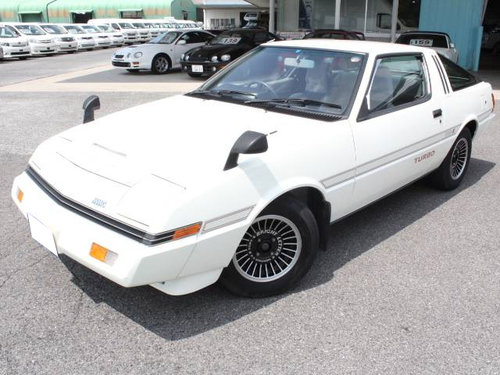 Electrics
Coupe
Starion is a coupe based on the Galant Sigma. In the automotive market, it appeared in 1982. We can say that this car has gained more popularity in the American than in the Japanese market. At first, only two types of 2-liter engines were installed on the Starion: a 145-hp turbocharged 4-cylinder inline SOHC. and 4-cylinder in-line SOHC with 115 hp However, in 1983 they began to produce models of the 2000GSR-III modification, equipped with an engine with a turbine and an intercooler, capable of developing a capacity of 175 “horses”. This model was one of the first to pave the way for a “high" style of design of the car as a whole.
In addition, in 1983 there was a modification 2000GSR-VR, a body which is equipped with side steps and wide, "bloated" wings. Fans of American cars did not like the 2-liter engine with 175 hp. and the look of Starion. They wanted an even more powerful engine and wider wings. In 1988, in the end, the GSR-VR version with a 2.6 liter engine was officially added to the lineup. This sports car, which has an American appearance, was characterized by excellent driving performance thanks to a powerful engine with high torque at a power of 175 hp.