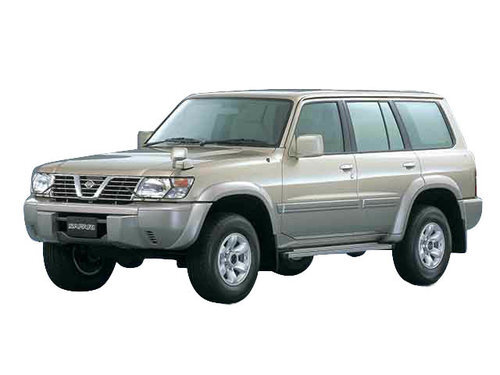 Best-selling parts
SUV
Nissan Safari dates back to 1951, when a car appeared, originally called Patrol and intended mainly for the foreign market. Patrol was the official machine of the United Nations. This world-famous SUV was distinguished by exceptionally high driving performance, but had relatively low, not sedan comfort at all. The fifth generation of Patrol, which appeared in 1997, was reborn into a high-class SUV (in Japan, such cars are called the word "Kurokan"). Safari as the special name Patrol for the Japanese domestic market has been used since 1980. Due to the design of the front part of the body, similar to Terrano, the pure SUV luxury, the design of the instrument panel, which feels the practicality of a sedan, the use of softer colors and more expensive materials in the interior design, clumsiness and rudeness of previous models are completely absent. Thanks to the use of an advanced multi-link suspension on the frame body structure and the 4WD Part Time Safari system, it has become even more stable in off-road conditions, due to which it has gained wide popularity in the world.