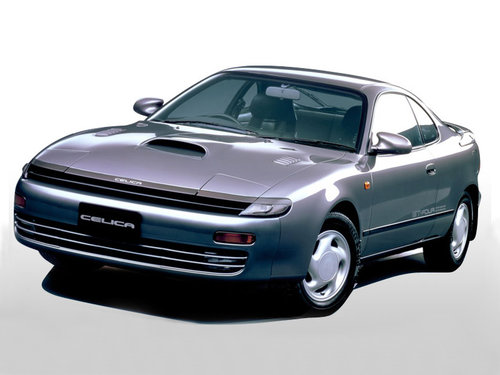 Electrics
Coupe
Open
Toyota Celica is a coupe related to middle class cars. In the Toyota Celica series, seven generations of cars were released.
The fifth generation was assigned such epithets as “streamlined” and “round”; particular attention is drawn to the expressive style, conveying a sense of flexibility and mobility of this car. But not only the form attracts attention in the Toyota Celica. The 4WS system, active control suspension and other high-tech achievements were first implemented in the Toyota Celica. In the lineup of these cars there are sports models with all-wheel drive and racing modifications GT-FOUR. In addition to these vehicles, a limited batch of 1800 vehicles was manufactured; they were cars with an extended body, designed for rally competitions.
No description