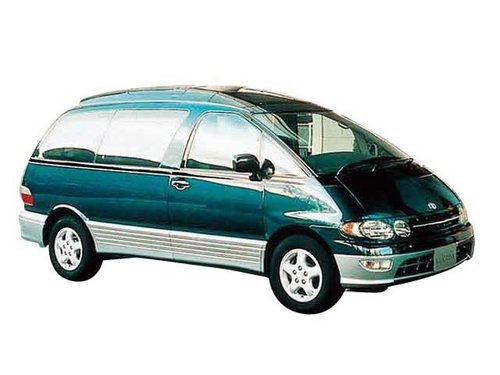 Electrics
Van
This is a model based on Toyota Estima, released in 1992. The original - Toyota Estima with three rows of seats - has become a brilliant and truly revolutionary brainchild of Toyota, which has been praised in world markets. But, probably, to this day, this model due to its large body remains unrecognized in Japan.
Toyota Estima Lucida became a car, during the creation of which the developers went to meet consumers who wanted to see in the car a proportional ratio of length and width. Incidentally, the configuration of Toyota Estima Lucida and Toyota Estima are completely identical, differences can be traced only at the level of external design. In both models there is a sliding door, and in the salons can accommodate up to 8 people.

The model is equipped with a 2.2-liter turbocharged diesel engine and a 2.4-liter gasoline engine with a 4DOHC gas distribution system. Toyota Estima Lucida is equipped with all-wheel drive. Decoration of the model are modifications with the twin moon roof type and joyful canopy.