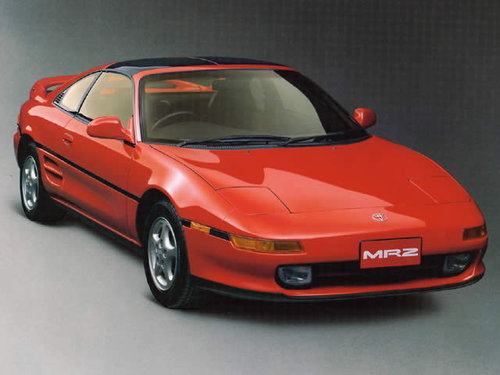 Electrics
Coupe
In 1989, the second generation of the mid-engined MR2 coupe appeared on the market. In a slightly increased body of this car, a 2-liter engine was installed in two versions: a 225 hp turbocharged one. (for modification GT) and atmospheric power of 165 hp (modifications G, G Limited).
The character of the second generation model, compared with the first, has reached completeness and concreteness. The first changes to the second generation of MR2 were made at the end of 1991. The modified GT chassis was fitted with Bilstein and LSD shock absorbers (limited slip differential).