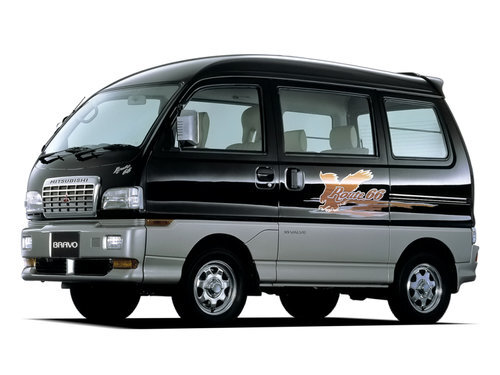 Best-selling parts
Van
If I may say so, Bravo is a representative of the old school of key cars. Created in the image and likeness of its predecessors from the 70-80s of the last century, it not only retained the then traditional carriage layout. The dimensions themselves are like greetings from the past: the minibus is 100 mm shorter and already the standards that manufacturers have met since the beginning of this century (length 3295 mm, width 1395 mm). The power unit was still located longitudinally - the drive was rear (or full).

During the production, Bravo tried on two engines. But not in parallel - with the 1994 update, a less powerful installation gave way to a new motor. Both had a volume of 660 "cubes", atmospheric and supercharged versions. And a different number of cylinders - the Bravo upgrade added another to the three cylinders. The number of gears in the automatic transmission, which existed along with the "mechanics", has not changed - three. Body modifications differed mainly in the height of the roof and the presence of its glazing. The holy simplicity of the cabin in the upper equipment was ennobled by a primitive power accessories (glass and mirror drives, central locking). It is noteworthy that after the end of production, Mitsubishi recalled more than 172 thousand Bravo to replace the lights, whose plastic faded under the influence of ultraviolet light.