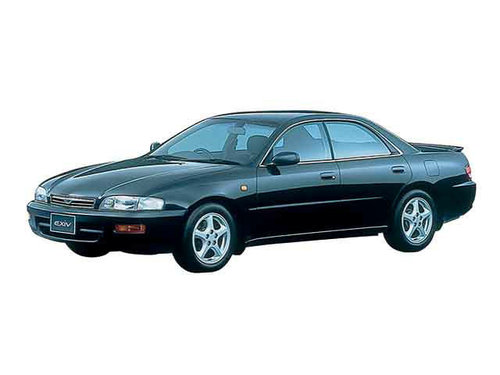 Electrics
Sedan
The second generation Toyota Corona Exiv has undergone major changes compared to the first, as well as the Carina ED and Celica. The first generation hit the boom in demand for the Toyota Carina ED.
In 1993, Toyota Corona Exiv first saw the light. This car has evolved as part of its basic concept as a sedan. Compared to Carina ED, the car has a more “calm” appearance and differs in body size. As with the first-generation cars, attention is drawn to the engine with a 4DOHC gas distribution system and a volume of 1.8 liters and 2 liters. A car developing 180 horsepower and equipped with a 2-liter sport twin cam engine, is also equipped with super strut suspension.