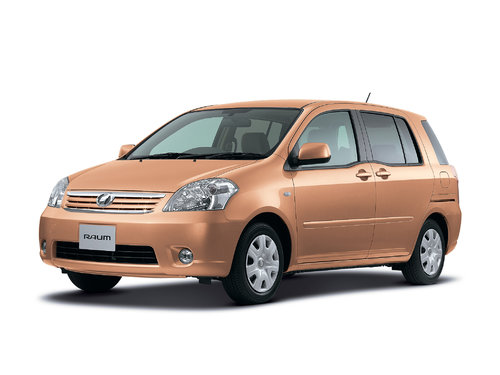 Electrics
Wagon
Toyota Raum has become a car that has opened new horizons for compact cars. The shape of its body Raum is the closest to wagons; however, thanks to the sliding rear doors, the large passenger space of the cabin and the layout of the seats, it can be reckoned more like minivans. All the innovations embodied in the second generation of the model were the result of modernization carried out in 2003. Design Raum Toyota experts call universal. A car based on the concept of ease of use is convenient for any person.
A distinctive feature of this model is the panoramic opening of doors from the passengers. The rear doors open with an electric drive. An open rear door, together with an open front door, forms a panoramic window 1.5 meters long. Ease of landing is obvious.

In addition, Raum is equipped with a front door with a three-stage opening and additional handles, which simplifies the process of boarding and disembarking passengers. Options with swivel passenger seat available.

Thanks to the large interior, a significant amount of luggage can be accommodated in the car. For all modifications of the model, a 1.5-liter engine and a 4-speed automatic transmission are installed. You can also choose a modification with all-wheel drive or with 2WD drive.